What is vascular laser?

The term ‘laser’ is an umbrella term to describe a wide variety of devices, technologies and parameters. Vascular laser is a laser that treats vascular (blood vessel) lesions (which include broken capillaries or telangiectasia, angiomas, venous lakes) and improves background facial redness. All lasers work by having tissue targets (chromophores) and the chromophore for vascular laser is the red pigment in the blood (haemoglobin). The energy selectively heats blood vessels causing them to be damaged and then allowing them to be removed by the body’s natural healing processes.

We use the Cutera Excel V system, which is a dual laser system. It has two separate wavelengths, 532nm and 1064nm, which allows us to treat blood vessels at different depths of the skin in all skin types (pale to dark skin). It also comes with a Laser Genesis™️ handpiece that is useful for reducing generalised background redness, inducing collagen formation, skin rejuvenation and reducing the appearance of pores.

Who is a suitable candidate

Vascular laser is used to treat many vascular lesions including:

Those patients with rosacea and sun damage will benefit from vascular laser treatment.

Vascular lasers are also extremely useful in conditions which involves a significant inflammatory component, such as melasma. By controlling the vascular component, it aids in the control of the condition.

We use our vascular laser to improve the appearance of scars and stretch marks, provided that these are treated when they continue to have a vascular component present (pink or red discolouration visible).

Laser Genesis™️ is a useful skin rejuvenation tool. It is completely non-invasive, and yet it improves skin texture and colour, as well as decreasing pore size, all with minimal to no down time.

An initial consult and examination is essential for treatment planning.

Vascular laser treatment is an integral part of the overall management plan for conditions such as rosacea and sun damage. It is essential that we combine laser treatment with other important treatments, including sun protection, prescription skin care and prescription medication.

More than one treatment is often required to deliver exceptional results, with maintenance treatment very popular to maintain the health of the skin.

HOW ARE WE UNIQUE

We are unique in that the entire patient journey is medically focused. Your initial assessment and treatment is performed by us doctors.

We take a different approach to assessing facial redness and vascular problems compared with a non-medically trained therapist. The first and most important step is to precisely diagnose the nature of your vascular concerns. This requires training, experience and we have additional technologies at our disposal to help us, such as dermoscopy and our specialised skin imaging systems.

Before and After Vascular laser Treatment 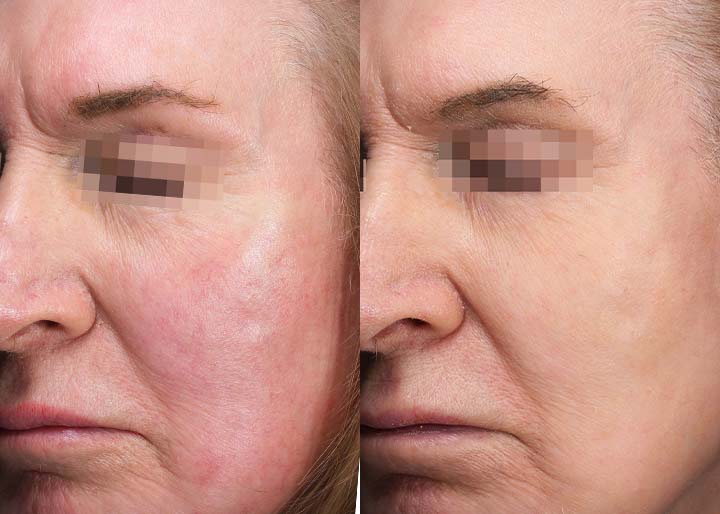 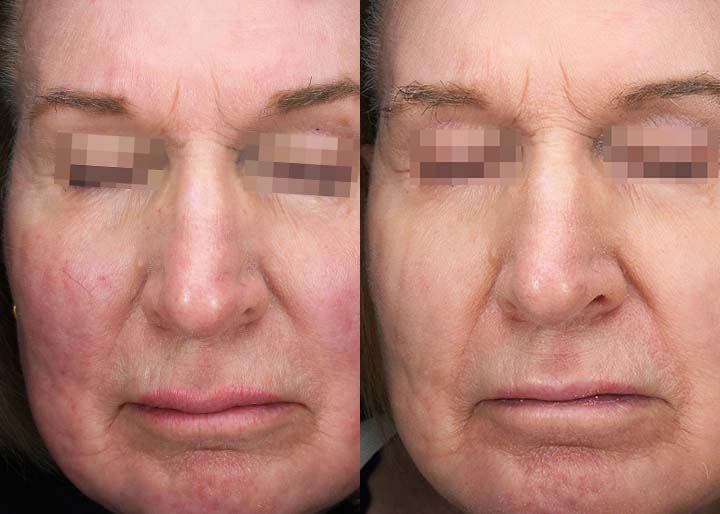 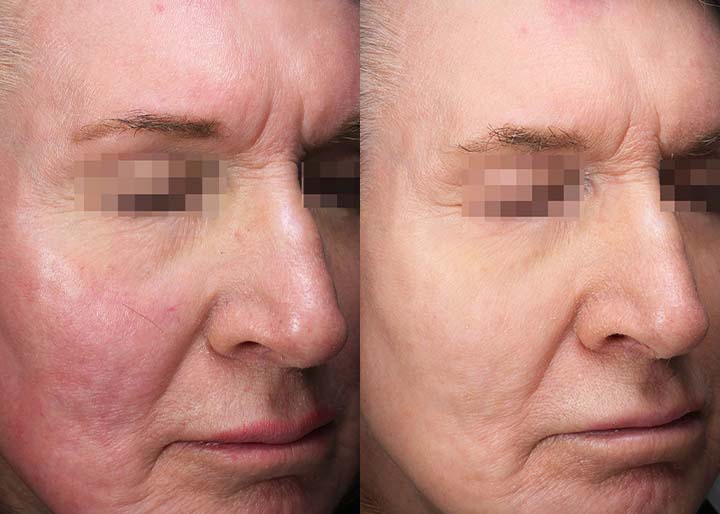 Results may vary depending on the individual response to treatment

Do You Have A Question?

Please complete the form below and we will be in touch ASAP.

We would like to invite you to contact us via email or call us to discuss further.